Lately, I’ve been fascinated by some of the campaigns that I’ve read about that experiment with scent. We all walk around using five senses, and we have four lobes in our brains for processing the information they receive, but all too often, our brands fail to engage customers in a wholistic, multi-sensory way.

A while back, we ran a brand awareness campaign for a credit union that focused on consumers in eastern Washington. The credit union had struggled to gain a foothold in that part of the state and had initiatives to move all of its departments into the digital space, so the original idea for the campaign was to use a very reactionary digital-centered strategy to promote brand awareness. The problem was that there were already 13 credit unions with branches in that small area and there was no clear reason why a digital campaign would make much of a difference.

So, we came up with this campaign, “Let’s Co,” which highlighted the fact that a credit union is a financial co-operative and included digital elements — YouTube commercials, social media posts, a custom-built microsite, paid search ads, etc. — and balanced them with opportunities for analog engagement. 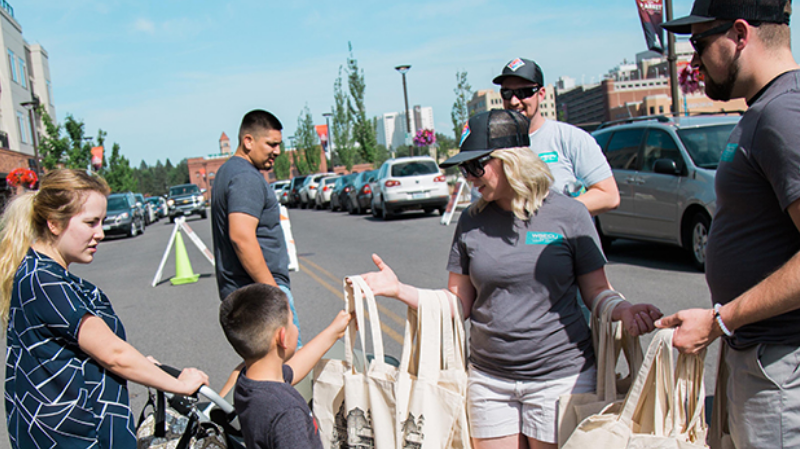 We retrofitted a vintage step van with a video booth and stocked it with swag. The crew would show up at a coffee shop and buy everyone’s coffee; they showed up at a food cart festival and provided free drinks; and they used the van to attend their regular volunteer outings. The van got attention, and the team of people giving away free coffee got attention, so when Washingtonians later saw the digital campaign, they had more context and more of a personal connection with the credit union. The wholistic approach paid off, netting a 133% boost in new millennial membership in Spokane.

Return to Blog
We use cookies and similar technologies to recognize your visits and preferences, as well as to measure the effectiveness of campaigns and analyze traffic.
To learn more about cookies, including how to disable them, view our Cookie Policy