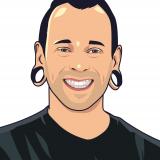 Partner Modernist Studio
Jon is a Partner at Modernist Studio, and the Founder of Austin Center for Design. He was previously the Vice President of Design at Blackboard, the largest educational software company in the world. He joined Blackboard with the acquisition of MyEdu, a startup focused on helping students succeed in college and get jobs. Jon has also held the positions of Executive Director of Design Strategy at Thinktiv, a venture accelerator in Austin, Texas, and both Principal Designer and Associate Creative Director at frog design, a global innovation firm. He has been a Professor of Interaction and Industrial Design at the Savannah College of Art and Design, where he was instrumental in building both the Interaction and Industrial Design undergraduate and graduate programs. Jon has also held the role of Director for the Interaction Design Association (IxDA), and Editor-in-Chief of interactions magazine, published by the ACM. He is regularly asked to participate in high-profile conferences and judged design events, including the 2013 Cooper-Hewitt National Design Awards. He has taught at the University of Texas at Austin, the Center for Design Studies of Monterrey, in Mexico, and Malmö University, in Sweden.

Check out the incredible speaker line-up to see who will be joining Jon.

Download The Latest Agenda
We use cookies and similar technologies to recognize your visits and preferences, as well as to measure the effectiveness of campaigns and analyze traffic.
To learn more about cookies, including how to disable them, view our Cookie Policy