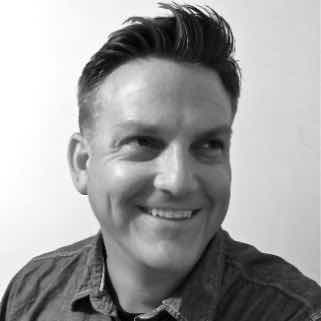 Tyson Weinert joined LUMA Institute as a Senior Program Director for Government and Commercial Programs in October, 2015. Prior to this role, Tyson served as a Commander in the U.S. Coast Guard and was the Service's Innovation Program Manager and lead intrepreneur.  In this role, Tyson was responsible for “reimagining” how innovation and human-centered design can inspire the Coast Guard's 88,000 member workforce. Tyson is credited with leading the human-centered design movement in the Coast Guard in 2013 and joined other design-based initiatives throughout the federal government. In his collaborative efforts, Tyson directly influenced strategic initiatives at the highest levels of government, including leading a human-centered design workshop for the First Lady's Joining Forces Program in 2015, an executive session for the Department of Homeland Security’s Equal Employment Opportunity stakeholders, and multiple strategy-based workshops for the U.S. Coast Guard’s senior leaders.

Tyson is a graduate of the U.S. Coast Guard Academy and served operational tours as a Deck Watch Officer and SCUBA diver on a buoy tender based out of Guam, before his selection into the aviation community. As an aviator, Tyson flew operational tours in California, Hawaii, and as an exchange pilot with the United Kingdom’s Royal Air Force. He also served as the Senior Aviator onboard a high endurance cutter during a six-month deployment that circumnavigated the globe in 2009. This unique deployment resulted in the U.S. Coast Guard’s first apprehension of suspected pirates in almost 200 years after Commander Weinert’s crew disrupted an attack on a merchant vessel traveling through the Gulf of Aden.

Tyson went on to attend The George Washington University’s Trachtenberg School of Public Policy and Public Administration and earned a Master of Public Administration in December 2012. Outside of his work in government, Tyson's passion for innovation, human-centered design, serving others, and bringing ideas to fruition resulted in being awarded two patents from the U.S. Patent and Trademark Office. Tyson enjoys spending time with his family, playing and performing live music, and getting outdoors as much as possible.